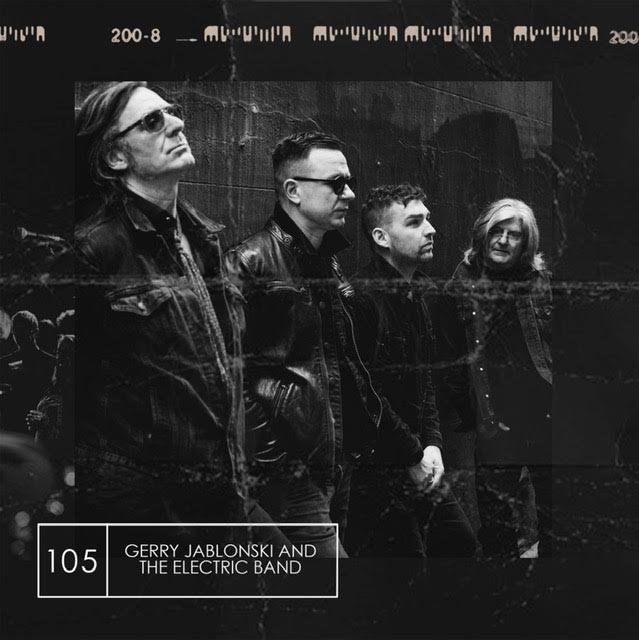 Blues and rock fans across Europe will be anticipating with relish the premiere of this heart-rending, inspirational album comprising eight self-penned tracks and an original version of a famous Scottish tune.

105 is the fifth studio album from Gerry Jablonski & The Electric Band and will undoubtedly be heralded as their best in terms of assimilating the genre within global issues and concerns.  The latter includes war, environmental disasters, mental health and economic blues and yet strangely there is a cathartic aspect with the purgation of such strong negative emotions associated with these hard-hitting topics.

Not surprisingly, “Hard Road” stands out with the poignant, anguished vocals of both drummer Lewis Fraser and Gerry, sung with passion and integrity: “I’ve told the truth, I’ve carried a heavy load/ It’s a one-way ticket to a hard road.”

As Gerry explains: “Art, and music especially, should reflect reality or be the reality of reflection. We walked into the studio on the morning of the Russian invasion of Ukraine. The terrifying events of the unfolding war started shaping the mood and the sounds we were creating. It seemed like the lyrics never meant so much before, the sound never felt so dark. This unknown and new reality deeply affected our music and performance during this session. The sound of the album is a sum of the experiences and the feelings that inspired us during the recording process.”

“Breaking The Stones” is a song which has evolved since it featured on the band’s debut album and provides reassurance that the band’s trademark high energy and showmanship remain undiminished. The theme is even more relevant today: hard work and not enough pay leading to economic hardship and inequalities. The song opens with a heavy, mesmeric riff followed by Jablonski’s slashing fretwork, the virtuosic, wailing harp of Peter Narojczyk, thunderous drumming from Lewis Fraser plus the pulsating rhythms provided by bassist extraordinaire Grigor Leslie.

Peter gives a master class harp lesson on “Strange Love,” defying physiology by continuing to breathe through solos of increasing speed and intensity. The vibe reflects how relationships have struggled and broken up during unprecedented times. The homage to Paul Kossoff is a favorite at live gigs and “Koss (for Paul Kossoff)” is performed with soul, sensitivity and, above all, love for one of the true greats of rock and blues guitar. It is as if time has been frozen since his untimely death in 1976 and his music has magically been brought back to life with this empathetic and moving tribute. Clearly, Gerry understands that Paul’s playing was as much about the notes he didn’t play as the ones he did.

“Tiny Thoughts” is another compelling song with flawless vocal harmonies, climactic, changing pace and contrasting moods reflecting its theme of mental health problems. Peter takes up the story: “Many friends and colleagues struggled or still struggle with this and the whole pandemic just amplified this or even started it hence it’s been very close to everyone I suspect. The “strange” maybe “odd” sounding backing vocals are meant to emphasize the “voices in your head” as sung by Gerry. The song is meant to sound different, maybe weird, maybe a “what is this?” kind of a vibe to sort of illustrate what might be happening to people who struggle with mental problems. We aren’t doctors – this is just our way of approaching the subject that is close to us.”

On a more upbeat note, this video sums up what rocking blues is all about in a way that words alone could not convey. A consummate wordsmith, Gerry excels on “Goddamn” with a dynamic vocal performance full of optimism, passion and sincerity. He also delivers one of the most memorable blues lines since ‘Squeeze my lemon ‘Til the juice runs down my leg’ with ‘You’re the best that I ever see/ I’ll get the fruit you get the cream!”’

The slower burning “Breaking The Code” is characterized by the versatility of Gerry’s vocal chords as they are stretched to the limit, his intricate guitar strings, the heavy bass lines and Peter’s sympatico harmonica contributions. Summed up in the lines, “We better stop, take a look around/ What have we learned if anything at all” – a sad summary by the band of what humanity as a whole has come to as we continue to make the same mistakes. A re-recorded version of the band’s single, “Heavy Water” is closer to the version played live and an inspirational piece of music. Jablonski wrote it after witnessing devastating floods in his native Scotland which clearly had a profound emotional impact upon him. Gerry’s spoken introduction is pure poetry and sets the scene for the unfolding tragedy, the complementary quiet, intricate guitar and harmonica suddenly shattered by anguish and fear as the vocals explode into full scale panic. The haunting, wailing harp of Narojczyk intensifies the tragedy whilst the pulsating bass and drums add to the drama by conveying the full horror of floods as they reach their peak in a crescendo of albeit controlled noise and confusion expertly choreographed.

“Dark Island” is a guitar instrumental version of a famous tune written by Iain MacLaughlan as a haunting lament for Benbecula, a beautiful island of the Outer Hebrides in the Atlantic Ocean off the west coast of Scotland, also known as ‘the dark island.’ In many respects the impact of Gerry’s performance is reminiscent of Hendrix at Woodstock when the latter played “Star Spangled Banner”. With his slide guitar work, amp distortion and pure emotion, Jablonski’s interpretation of a Scottish classic is a sonic triumph and takes the tune to a new level. All you need to know about Scotland can be learned from the melody and your imagination. Everything you need to know about the healthy state of Scotland’s blues scene in general is in this superb album as well. 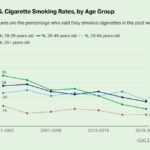