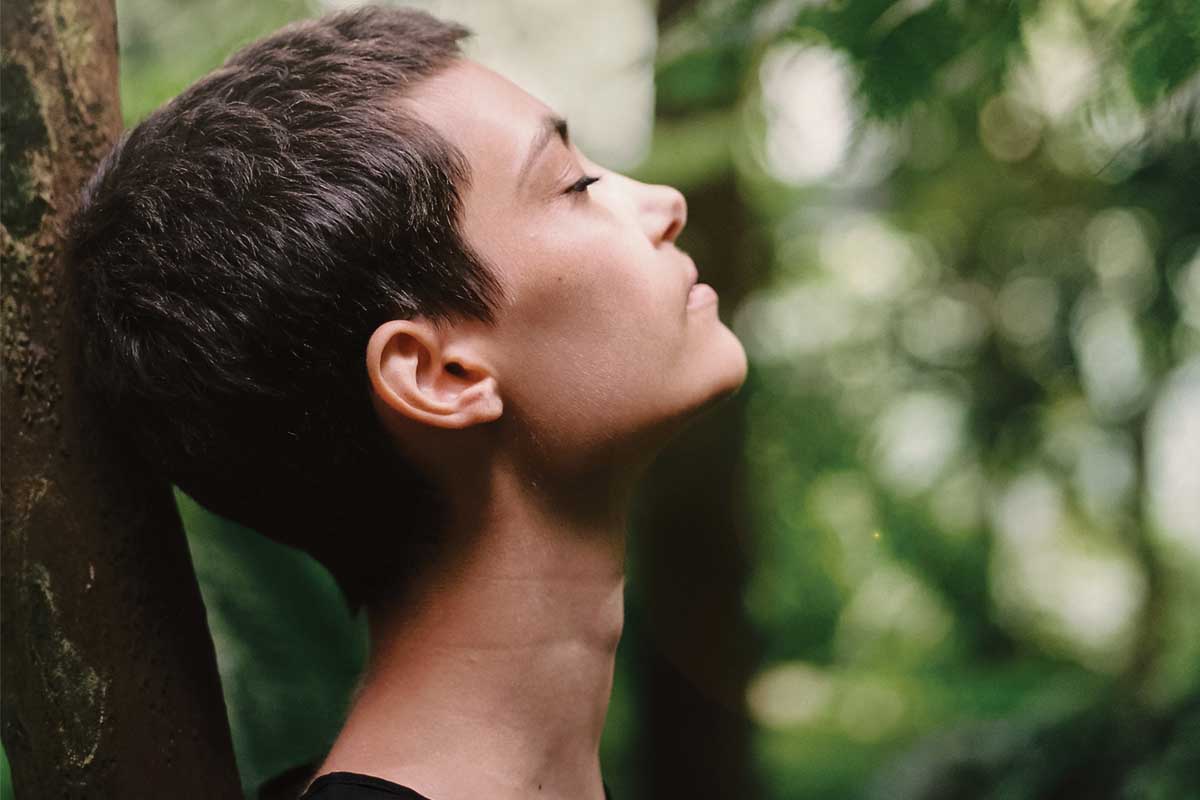 Society is experiencing a grand reckoning. After riding the rise and peak of hustle culture for the better part of the last century, mass resignations—prompted by a seemingly never-ending pandemic—revealed an unspoken truth: People are tired. Some more than others. Women more than most.

Dr. Michele Kambolis, author of When Women Rise: Everyday Practices to Strengthen Your Mind, Body, and Soul, is helping them do it. A clinical counselor for more than two decades, Kambolis has seen firsthand the damaging impact these stressful marching orders have had on women. Her clients have included many overworked women who are struggling against the desire to do and have it all. She’s teaching them to break free instead.

“Women find themselves in a masculine-based culture of doing and striving and comparing and competing that has them utterly exhausted,” she says. “The masculine-based culture is affecting the well-being of both men and women, but women, in particular, are facing extraordinarily high rates of anxiety and depression, given the fact that their lived experience is quite different.“

Why stress is actually a feminist issue

To understand this gap in lived experiences, look no further than the societal messages women receive throughout their lifetimes about how to look, think, and behave. There are the impossible beauty standards, of course, but there are also the subtler cultural beliefs that position women as weaker, duller, and less capable.

Kambolis points to several poignant examples in When Women Rise. Consider, for instance, that most women, have been taught from a very young age to travel in groups, park in well-lit areas, clutch their keys when walking to their cars, and maintain a watchful eye over their drinks at the bar.

“We live in an oppressive cultural system that has women and girls all over the planet, in every country of the world, facing higher rates of gender-based discrimination, violence, workplace inequity,” Kambolis says. “And these extraordinary struggles leave women everywhere experiencing so much fear.”

This, Kambolis maintains, is why stress is actually a feminist issue. Citing everything from workplace microaggressions to the cultural messaging that tells women being a stay-at-home mom is not an empowered choice, Kambolis has found that women’s anxieties often stem from gender inequalities. This problem is then exacerbated by toxic self-imposed beliefs that shame women for their feelings and experiences.

“So many women believe that their stress and anxiety is due to weakness within themselves and that these things are somehow their fault,” Kambolis says, “What I want women to know is that they are part of a big and vast cultural system that has them breathing the air of stress. The busyness and externally driven culture that we find ourselves in is fundamentally unsupportive of the qualities that we need to thrive. Authenticity and self-care are radical acts because our cultural messages constantly tell us that we need to be different than we are. Living as the fullest version of ourselves is a brave act in a culture where the messaging is that we need to become the new-and-improved version.”

Kambolis believes this paradigm is shifting. Burnt out by a system that continually leaves them feeling more “hurried and worried than ever before,” women are forging a new path for themselves—one built on the principles of radical authenticity, self-realization, and self-care.

“People are beckoning for a gentler, wiser way of living,” Kambolis says. “We yearn for more self-care, more connection and greater presence.”

Kambolis wrote When Women Rise with this goal in mind. Filled with healing meditations, success stories, invitations to practice, and scientific research, Kambolis’ book is a comprehensive guide for women on a journey to embrace their wholeness. Each part inspires readers to tend to the interconnected triad of their minds, bodies, and souls.

“In the chapter on sleep, for example, I included practices that also honor our inner world,” Kambolis says. “Because when we’re struggling with sleep, we’re not just struggling with our body’s ability to enter the sleep state. Oftentimes, there are inner conditions at play. That might be a core belief that sleep is a waste of time. So, every chapter incorporates questions and practices to go inward and better understand all of these facets of our lives.”

While the topic of self-care for women has been addressed ad nauseam, When Women Rise brings a fresh perspective to a topic that can sometimes feel overwhelming, inaccessible, and unnuanced. Kambolis begins by addressing the big-picture issues that prevent women from thriving, empowering readers to avoid the pitfalls that prevent them from consistent practice and set them up to fail.

“Self-care becomes just another expression of perfectionism for many women,” she says. “When we’re not meditating every single day or if we’ve somehow fallen off our intention, the critical, egoic mind loves to tell us that we’re not enough. It’s this core sense of unworthiness that causes us so much pain.”

Instead of making self-care into a competitive sport, Kambolis encourages women to “shake off the cloak of perfectionism.” This means starting small and where it’s easiest to begin. Her favorite entry point is one that everyone can access.

“We take 20,000 breaths a day,” she says. “That’s 20,000 invitations to be present and in the moment. I usually say start with the breath because it roots us in the steadiness of the moment and returns us to ourselves.”

Kambolis has seen the transformative impacts simple self-care practices can have on women but says that consistency is key. Her recommendation for busy women (i.e., all women) is to proceed with flexibility, patience, and plenty of grace.

“The practices that you weave into your life are wholeheartedly unique to you,” she says. “When we move deeply into our own practice, cultivating joy, steadiness, and wisdom, it acts as a ripple within water, reaching far and wide. If it’s hard to do that work for yourself, you might consider allowing yourself a moment of meditation for the benefit of all beings.”

Need yet another reason to pursue authenticity, voice your real feelings, and stop being so darn nice all the time? Turns out spicy women bring home more bacon than their sugary counterparts. In the study “Do Nice Guys—and Gals—Really Finish Last?” by Dr. Livingston, Timothy A. Judge of the University of Notre Dame and Charlice Hurst of the University of Western Ontario, it turns out they do. After crunching the numbers, the data revealed that rude women—those who reported themselves as being less agreeable—made about 5% or $1,828 more than their agreeable peers.

Still thinking of meditation as just a way to unwind after a long day? The benefits of meditation extend far beyond relaxation. Here are just some of the ways that meditation has been shown to  support well-being.

Helps to reduce symptoms of attention-deficit/hyperactivity disorder (ADHD). It’s no surprise that meditation helps us focus, but we now know that it actually helps adults and adolescents with ADHD . In a 2008 study published in the Journal of Attention Disorders, 78% of participants reported a reduction in their symptoms after meditation.
Reduces the risk of heart attack and stroke in patients with heart disease. Patients who meditated for 20 minutes a day were less stressed and experienced a reduced risk of “endpoint cardiovascular events” as compared to a control group that did not meditate.
Increases social connection and emotional intelligence. A study showed that by increasing positive emotions, meditation produced feelings of increased purpose in life and social support, which led to an increase in life satisfaction and reduced depressive symptoms.
Even a brief meditation session helps to improve our working memory and reduces fatigue. It’s well established that meditating for longer periods of time produces cognitive benefits, but we now know that as few as four brief meditation sessions can improve mood and working memory.
Can improve analytical and problem-solving abilities. A 2015 study published in Frontiers of Psychology showed that mindful participants performed better when instructed to solve problems analytically than a control group made up of less mindful participants.
Enhances our creativity. Even for beginners, studies show that meditation techniques improve creative-thinking abilities and have lasting cognitive benefits.
Can improve our sex lives. In a 2011 study, women who meditated were more able to register and attend to their own physiological responses to sexual stimuli, improving their libido and reducing symptoms of sexual dysfunction.
May make our brains bigger and mitigate the effects of aging. In one study, the brain scans of long-term meditators showed thicker gray matter, even in older individuals, compared with nonmeditators. The study’s findings suggest that meditation improves cortical thickening and plasticity in the areas of the brain related to cognitive and emotional processing and well-being.

Excerpted from When Women Rise: Everyday Practices to Strengthen Your Mind, Body, and Soul by Dr. Michele Kambolis. Copyright © 2021 by Dawn Michele Hucul-Kambolis. Excerpted with permission from Figure 1 Publishing. All rights reserved. No part of this excerpt may be reproduced or reprinted without permission in writing from the publisher.

Certain nutrients can prime the body for the quality of rest we long for. They balance the nervous system and empower us through better rest, feelings of calm, and increased radiant energy. But remember that it takes time to build up a wellness reserve.

Nutrient
How it helps with sleep
How to incorporate it

–       reduces pain and stress, leading to a greater sense of calm and serenity

–       fermented foods such as kefir, tempeh, kimchi, miso, and yogurt

–       works in tandem with melatonin which regulates our sleep-wake cycles and binds to GABA receptors.

Excerpted from When Women Rise: Everyday Practices to Strengthen Your Mind, Body, and Soul by Dr. Michele Kambolis. Copyright © 2021 by Dawn Michele Hucul-Kambolis. Excerpted with permission from Figure 1 Publishing. All rights reserved. No part of this excerpt may be reproduced or reprinted without permission in writing from the publisher.