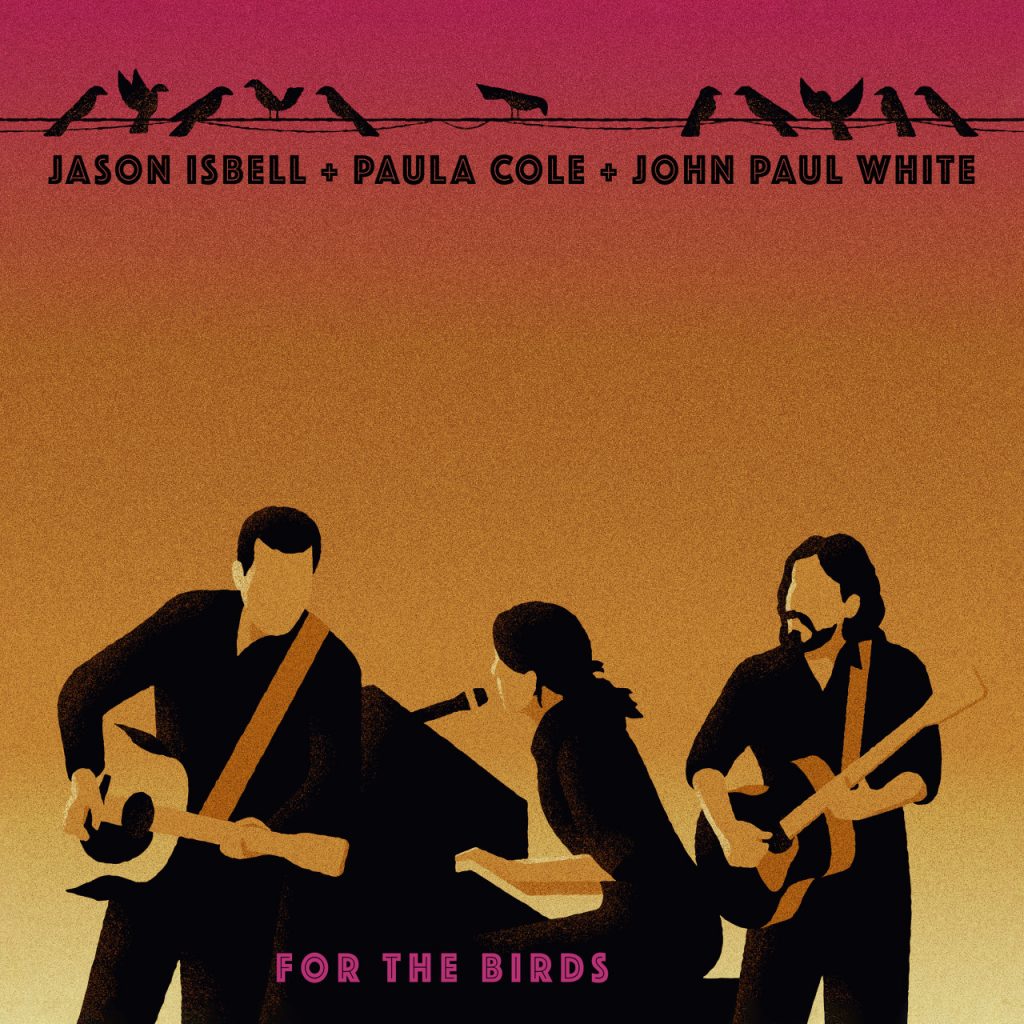 Grammy-winning songwriter and producer Paula Cole has released For The Birds, a new set of songs recorded with fellow luminaries and Grammy award winners Jason Isbell and John Paul White. Lead single “Mother, Son and Holy Ghost” is a collaboration of three iconic singers and lyricists, and the song sees the three harmonizing on lyrics that paint an introspective portrait of loss and longing. Also released today is “Ricochet,” an uptempo ballad that Cole recorded with John Paul White.

“‘Mother, Son and Holy Ghost’ is about a man who has lost his wife and child,” writes Cole. ”The song describes his lonely landscape, his attempts to fill the void. Of course, a tight grip is futile. He must come to terms with loss in order to be fully alive.”

“I was beyond thrilled to get the note from Paula to collaborate,” writes John Paul White. “She’s an enigmatic performer, a brilliant wordsmith, a riveting singer – and an even better human being. So happy to be a small part of her fantastic career, and to be her friend.”

“I think our collaboration is beautiful,” Cole elaborates. “John Paul plays a gorgeous acoustic guitar part, Jason plays iconic slide guitar. They are both tremendous musicians. I play piano. We all sing. It felt like a band, I loved this experience.”

Cole describes how the collaboration came about writing, “I wrote a song for Jason, John Paul and myself. I sent them a demo. Thankfully, they liked it well enough, and I booked us some time at Oceanway Studio in Nashville. I mused upon the lyrical idea of the holy trinity for us as a trio, except I feminized God. Our meeting felt like a reunion, so natural. I had never met Jason or John Paul before, and yet, we felt kindred.”

Cole’s personal connection to nature and a lifelong appreciation for wildlife conservation efforts informed her decision to donate profits from the release of the tracks to the National Audubon Society. “I grew up with a biology and ecology professor father,” she writes. “Jim Cole loved birds and bird-watching, and we used to hike on Audubon sanctuary. Giving back to Audubon feels meaningful, for giving to the birds means giving to habitat preservation, which will help so many species, including the human species. On the North American continent alone, we have lost 3 billion birds in my lifetime.  That’s one third of the continent’s bird population gone.  We must preserve old growth, green space, wildlife corridors, trees. We must bear the responsibility of tending the garden – for ourselves, for generations behind us.”

With a musical catalog defined by honest and deeply personal lyrics carried by her powerful, radiant voice, Cole has always had a gift for discerning the underlying humanity in stories from her own life as well as those around her, and channeling those emotional elements into captivating music. American Quilt was produced by Cole, who was the first woman nominated (without collaborators) as Producer of the Year at the 1997 Grammy awards. She garnered a total of seven Grammy nominations that year and won “Best New Artist” for her second album and major-label debut, This Fire, with its timeless hits, “Where Have All the Cowboys Gone?” and “I Don’t Want to Wait” (later the theme song for hit TV series Dawson’s Creek). As a recent visiting scholar at Berklee College of Music, Cole tells “all my female students, ‘Start thinking like a producer, think about how you want the whole track to sound, be a voice.’”

For The Birds is available for download now and will be released on vinyl this fall, pre-order here. Profits from For The Birds will support the National Audubon Society and ongoing efforts to promote conservation of birds and their habitats.