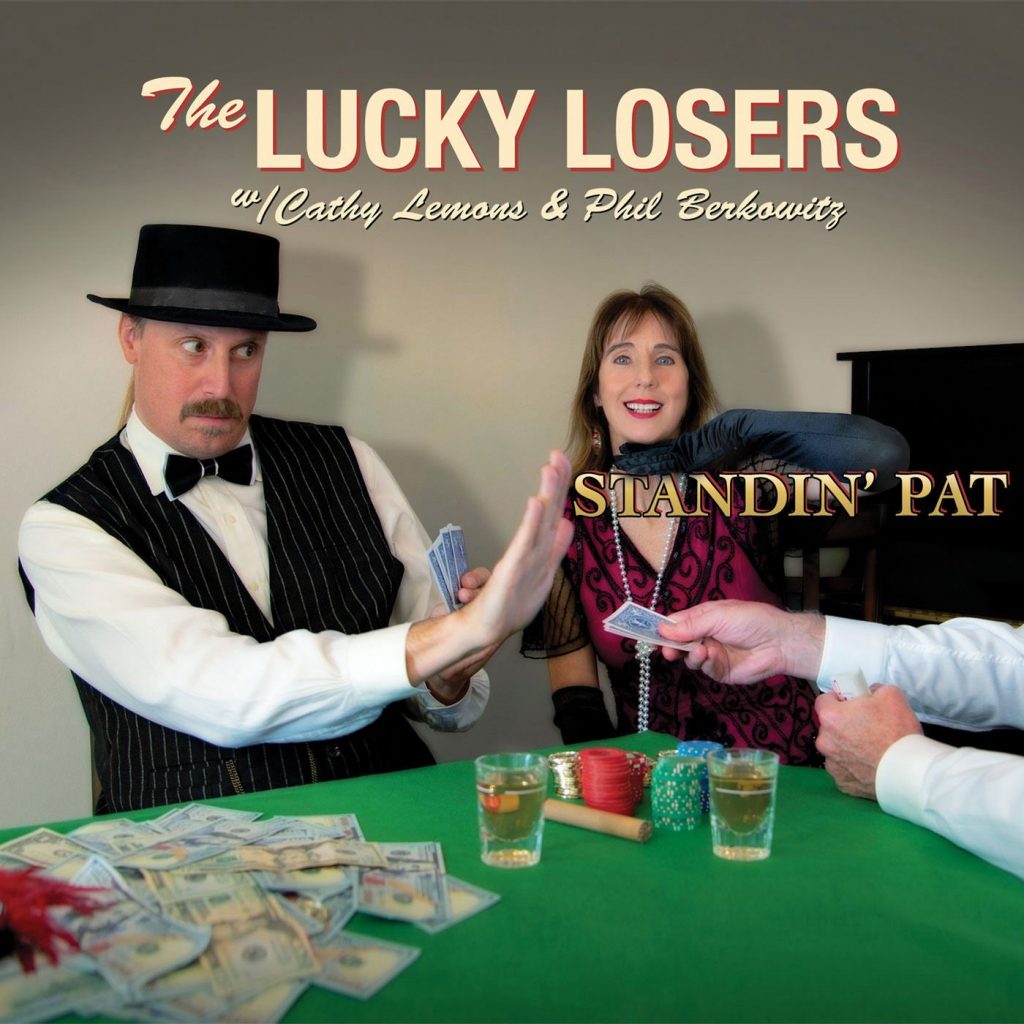 The Lucky Losers, led by veteran artists Cathy Lemons & Phil Berkowitz, return with their fifth album together since 2015. Standin’ Pat has an official release date of October 28, 2022 via VizzTone Label Group. Recorded, produced and engineered by Kid Andersen of Greaseland Studios, this collection runs the gamut from classic blues and soul to electric Americana.

Dan Akroyd (Elwood Blues) once chose their original song “Change in the Weather” as “Bluesbreaker of the Week” for his internationally syndicated  “Bluesmobile/Everything Blues” radio show. In 2021 The Lucky Losers won five Independent Blues Awards, including “Song of the Year” (Godless Land) & “Artist of the Year,” as well as “Best Blues, R&B Soul CD.” The stakes have never been higher for a great new album from these two collaborators and co-band leaders.

Standin’ Pat sits like a needle on the groove of something uniquely American and features 11 original tracks. Just as legendary singer songwriters captured the turbulence of a divisive country in the 1960s, Cathy & Phil seem to peer into the minds of Americans in the year 2022. Through their own travels, they have discovered a side of America that most people just don’t see, and with great empathy.

Lemons’ instantly recognizable voice is gritty & explosive as well as sweet & soulful.  She has had a hard life. Overcoming a heroin addiction that almost killed her in her late 20s and early 30s, her streetwise singing style can scare you or soothe you, depending on her mood. Berkowitz is the yin to her yang. He is often restrained. He takes his time. He stays cool. It’s the differences in their vocal approach that make for such an interesting musical union. Andersen’s brilliant vocal arrangements make full use of their talents when they harmonize. Berkowitz’s big, rich, powerful harmonica, ever-present on this album, leads the charge and punctuates every line with an inventive style that is deeply rooted in all forms of blues music.

We are proud to premiere exclusively the video for the title track, with its smooth ‘70s soul crooning and theme of holding onto love to live for today. Tenor sax player Terry Hanck finds the snappy groove that gives the song magic.

Tomorrow, September 17, The Lucky Losers will celebrate the album with a pre-release party at The Sound Room in Oakland, Ca. There will be a free T-shirt giveaway and autographed CDs will be available. For more information and tickets, head here.