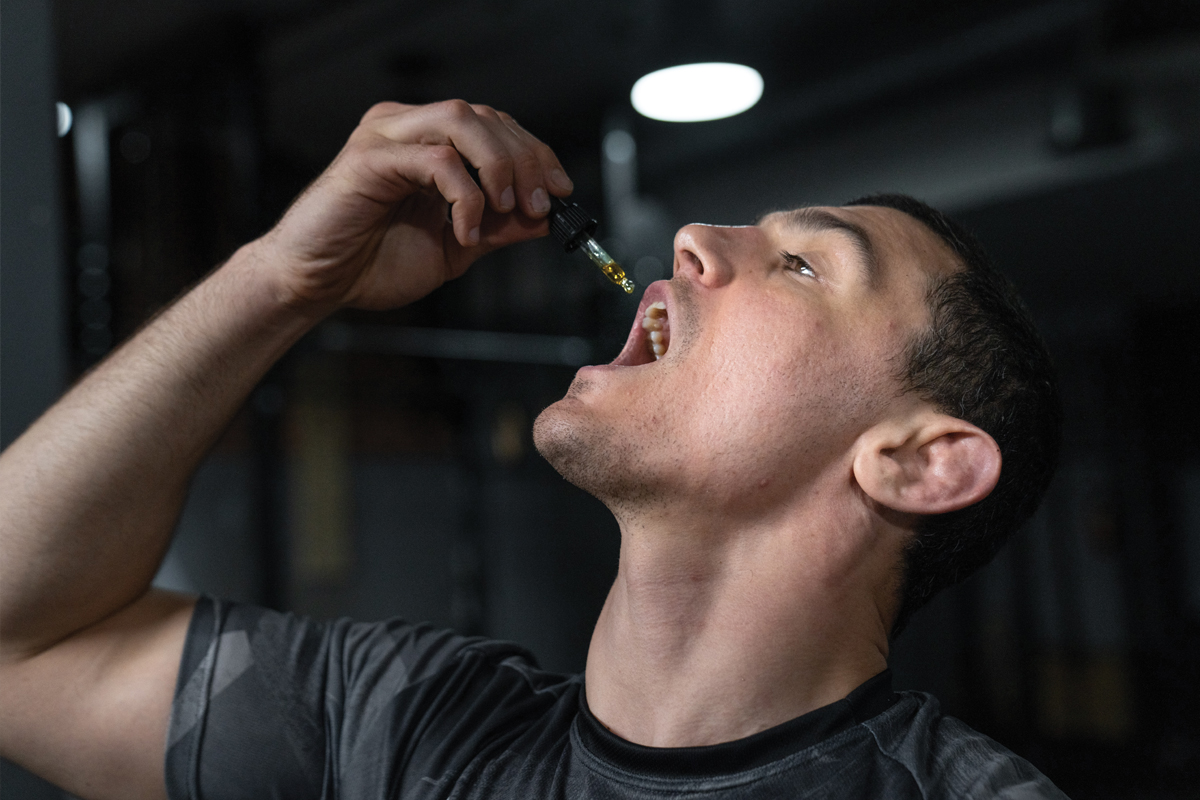 In 2020, a review of studies explored the effect of cannabidiol (CBD), the non-intoxicating cannabinoid derived from Cannabis sativa, on sports performance. Their conclusion? “Cannabis has been reported to exert a number of physiological, biochemical, and psychological effects that have the potential to benefit athletes.”

That said, according to that same study, the available evidence is preliminary, at times inconsistent, and largely based on preclinical studies involving laboratory animals.

A search for solid evidence

The first human study investigating the effects of legal market cannabis on the experience of exercise began in fall of 2021. Angela Bryan, a professor of psychology and neuroscience and faculty advisor on the study, sees possibilities when it comes to the anti-inflammatory and analgesic properties of cannabinoids.

For instance, cannabis could help older adults living with knee and joint pain. That’s because for those older adults just beginning an exercise program, finding an amount and preparation of cannabis that helps with that pain could enable more activity, says Bryan.

She doesn’t recommend supplementing your workout with cannabis on a broad scale. But if it’s something you want to try, she suggests starting low and going slow, just as they do with study participants.

“Take only as much as you need, because that will reduce side effects,” says Bryan. “With everything we know so far, it looks like cannabis probably doesn’t hurt, but might not help much.”

Self-reported use of cannabis for pain and concussion management among elite athletes is increasingly being reported. Some of those athletes include highly ranked professional athletes in golfing, bodybuilding, and Crossfit.

Toronto-based e-commerce manager John Frigo, 35, has also been using cannabis while exercising since college. He alternates between strength training and cardiovascular activities like running and biking at least five or six times per week. He’ll smoke a joint or use a vape pen when he trains straight after work, and eat an edible when he has more time for it to kick in.

According to Frigo, a CBD/THC cream with a 1:1 ratio “does wonders” for relieving the pain of shin splints after a really long run. Lately, he’s started training for ultramarathons, so this really comes in handy on days he’s doing 15 to 20 mile (24 to 32 km) runs leading up to a race.

“It may seem counterintuitive, but I actually feel it opens up my airways and helps me breathe better when I get high before a workout,” says Frigo. “Beyond that, it gets me in the zone and my workout goes by really quickly.”

While cannabis in Canada has been legalized, it’s important to beef up on the current laws in your jurisdiction surrounding use of the substance. For instance, you may not know that it is still illegal to transport cannabis and products containing cannabis across the Canadian border, regardless of the quantity and even if you are authorized to use cannabis for medical purposes.

Tried and true supplements to support a strong workout

It’s just the beginning for researchers studying how cannabis could impact your workout. Here are four supplements that have already been held up to scientific scrutiny.

BCAAs
a 2017 study found that a dose of 5.6 g of BCAAs, when compared to a placebo, caused significant increases in muscle protein synthesis

beta-alanine
reduces neuromuscular fatigue, particularly in older subjects; supplementing daily with 4 to 6 g of beta-alanine for at least 2 to 4 weeks has been shown to improve exercise performance

As recently evidenced by gold-medal contender Sha’Carri Richardson’s suspension after testing positive at the Olympic trials, cannabis currently has no place in international competition.

And with the exception of cannabidiol, as of January 1, 2022, WADA prohibited all natural and synthetic cannabinoids. To make it onto the WADA prohibited list, a substance must satisfy any two of the following

It has the potential to enhance or enhances sport performance.
It represents an actual or potential health risk to the athlete.
It violates the spirit of sport.

Some studies suggest that your “runner’s high” doesn’t come from endorphins. Instead, that high may be derived from naturally produced cannabinoid-like brain chemicals called endocannabinoids.