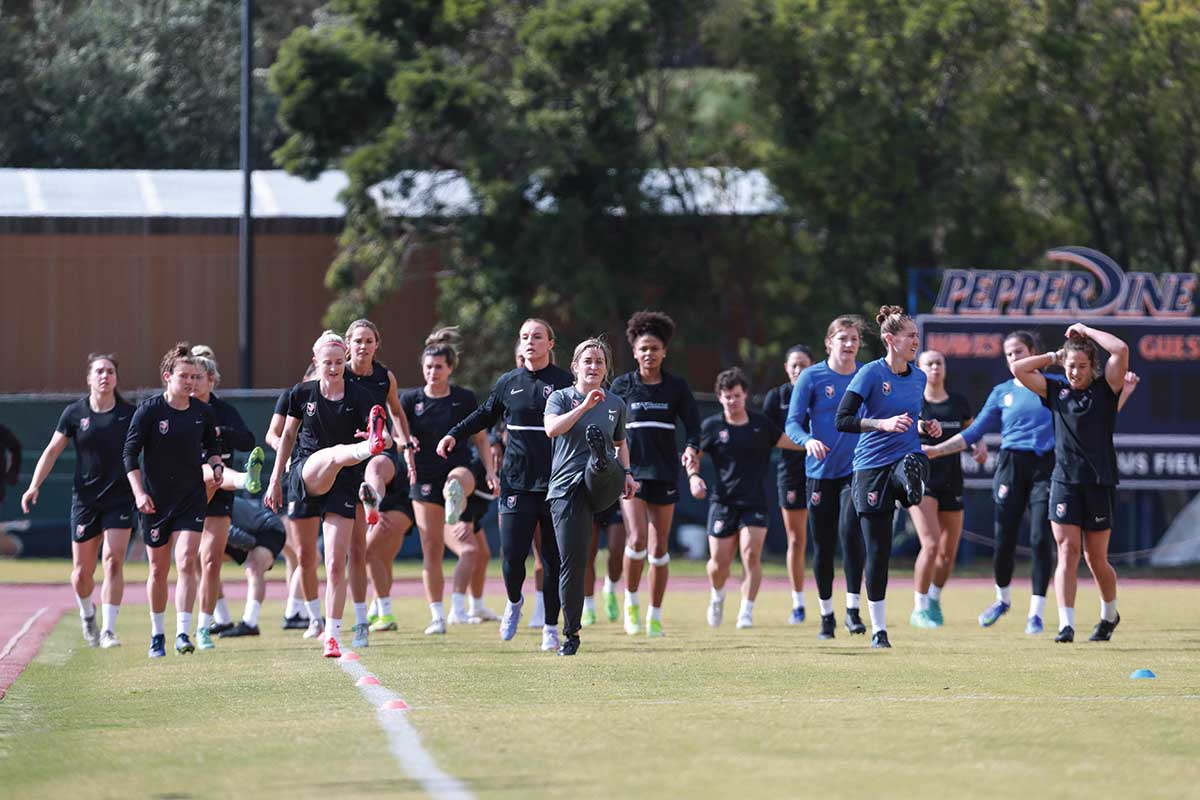 When Angel City Football Club began selling seat deposits for their inaugural season, they offered an interesting incentive: For every seat sold, the team would donate a sports bra to a girl in need.

“The number-one reason that girls don’t participate in sports is because they can’t afford a sports bra,” says Julie Uhrman, president and co-founder of Los Angeles’ new expansion team in the National Women’s Soccer League. “In partnership with Nike, we’ve distributed more than 15,000 sports bras [to young women in the LA area].”

Caught up in the frenzy

In 2015, Kara Nortman, an LA-based venture capitalist, took her family to Vancouver to watch the US Women’s National Team play in the FIFA Women’s World Cup. Surrounded by throngs of frenzied fans as the US women trounced Japan in the final, Nortman found herself wondering, why in the world don’t women’s sports get the same attention, funding, and support as men’s sports do?

She resolved, right then and there, to make big changes in the world of women’s professional sports. Back home in LA, she discussed her ideas with a friend and fellow soccer fan, Academy Award–winning actress Natalie Portman.

Day after day, the two women exchanged text messages on the subject, until one day Nortman’s phone screen lit up with these words from Portman that changed everything: “We should bring a team to LA together.”

From the very beginning, it was clear that Angel City FC was going to be unlike any other professional sports team. Nortman and Portman first met through their work with Time’s Up, an initiative led by influential women in Hollywood to tackle sexual harassment, gender imbalances, pay inequities, and other related issues, so they already knew they wanted to create the strongest, most inclusive community in world football. They set out to do something that had never been done before—create a professional team where mission and capital could work together.

“Kara and Natalie figured that if they really wanted to change things, they needed to get a seat at the table,” Urhman says.

They wanted the other seats to be filled with women, too. It was the only way to challenge the stereotypes and to make real and lasting changes.

“Something is happening that people don’t want to miss,” says Eniola Aluko, a former professional soccer player and Angel City’s sporting director. “People want to invest in this organization because there’s a real presence in the community.

“What blows my mind is that we sold so many season tickets before we ever kicked a football,” she adds. “Usually a team has to build an experience with the fans before they invest in you as a team. It’s a privilege to take the field with that amount of support already behind us.”

Even before the expansion team’s new players began arriving in LA for training in early February, Angel City FC had already made its mark on the world of women’s soccer, and on the city of Los Angeles.

With a model of giving back 10 percent to the community, the club and its 25 partners had already held more than 150 events. With Sprouts, they’d built eight school gardens to teach children about wellness and nutrition, and distributed more than 10,000 pounds of produce to food-insecure families. With DoorDash, they’d delivered more than 75,000 free meals. When they announced their first player, Christen Press, they created an event around that, too; they donated 1,200 hygiene kits to Downtown Women’s Center, which serves women experiencing housing insecurity.

In mid-March, with a roster jam-packed with experienced players from all over the world, Angel City turned its attention to the competitive season, taking part in a preseason tournament. But that doesn’t mean their community efforts ended.

“Everything we do has purpose,” explains Uhrman. “We’ll have twelve or fourteen games [at Banc of California Stadium] during the regular season, but we want to impact the community all year long.”

The players are just as excited about the team’s mission as the leadership. “Regardless of how games go—because you win and you lose—we’ll also be making wins and gains off the field,” says defender Ali Riley, who played soccer all over the world before returning to her native LA to play for Angel City. “We have an insanely cool and powerful investment and ownership group, and we have the opportunity to do something that’s never been done before.”

Goalkeeper Dijana “DiDi” Haračić agrees. “I’m so happy to be part of this club, because it’s more than just soccer,” she says. “This team truly wants what’s best for the players and the community.”

Although Angel City FC is the first women-majority-owned and -led professional sports team in the US, their ultimate goal is not to be the last.

“For women’s sport to grow, it needs more attention, more awareness,” says Uhrman. “It will change, and we’re trying to be a catalyst for that change. We want to light the fire here that catches elsewhere.”

Representation matters. That is why we are dedicated to increasing access to resources, information, and opportunities for groups who have been marginalized.

Proper equipment, safe facilities, and good nutrition are just a few of the basic needs that must be met in order for kids and their families to thrive.

From mental and physical health, to building strong relationships, sport is a powerful vehicle for change. We are arming those who are invested in sports with the knowledge and tools to be successful.

Because women’s bodies differ from men’s in a number of ways—including size, body composition, and hormonal fluctuations that affect metabolism and fluid retention—their needs are not the same when it comes to performance supplements. Here are some optimal supplements for female athletes.

iron
assists in the proper transport of oxygen